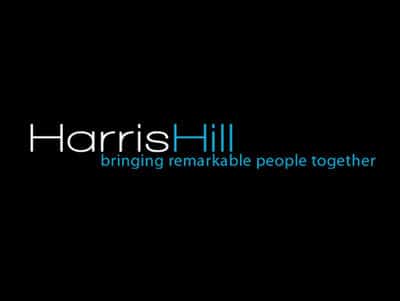 We sat down with the MD of Harris Hill, Aled Morris, to discover what the challenges, benefits and pitfalls are of running your own third sector recruitment agency.

1. Thanks for joining us, so if I could kick off with when & how did you get involved in recruitment?

I started recruitment in 1995, having spent 10 years at PWC, I started as a finance officer in a search organisation and then from there moved to be Chief Executive of Office Angels, and then several other organisations as the Chief Executive. In 2007 I bought Harris Hill as my own business which works within the third sector, virtually all of the organisations we work with are voluntary funded.

2. What drew you towards third sector recruitment?

Well, there’s obviously the ‘feelgood factor’ about the charities doing an awful lot of valuable work. From a commercial perspective, I felt there was an opportunity to create the number one charity recruitment organisation in the UK- at the time there was no obvious leader in the marketplace and that’s what the last 6 years has been about, to build that expertise and to become the number one. I believe we’ve now claimed that spot by virtue of a number of dedicated consultants (35+) as well as more than double the advertised vacancies of our closest competitors.

3. What are the challenges of third sector recruitment?

The biggest one always is the fee, organisations don’t want to spend money- although of course this doesn’t just apply to charities, this is also seen with the big contract work where people expect you to do everything for nothing.

4. How do you feel that social media has impacted on the world of recruitment?

The big change in terms of recruiting in general over the last five years, which are the biggest changes I’ve seen, have come from organisations being able to recruit themselves- having good job functionality within their websites, as well as being able to reach out to people via social media accounts. So because of these changes, our biggest competition is starting to come from the organisations carrying out recruitment themselves rather than other agencies.

5. What are the benefits that come with working within your role?

I get to take the decisions, which I like, this means that we can create ideas and implement strategies quickly- being a small organisation we can act fast so if we want to do something we can just do it, we can then see and measure the impact and get immediate feedback.

6. How has it changed since you first started?

The last 5 or 6 years have been huge- prior to that the internet came along with the job boards, that was new, job sites now are full of noise and if you carry out a CV search on these sites you will get back thousands of results and you don’t really know where to begin. So the internet did change things, but it still didn’t make it any easier for organisations to find what they were looking for, it’s really the aforementioned changes that have happened in the last few years that have made a big difference.

7. What impact does a changing economy have on supply and demand? Specifically did the 2008/9 economic crisis have an impact, if so, what?

Interestingly in the charity sector, even since the economic crisis, the number of people employed has hardly varied, the income levels haven’t varied an awful lot. Although there’s probably been some changes in the inclination to give, but I think that corporations will stop some of their trading and marketing to cut costs before they’ll stop donating to a charity, because of their social responsibility and wanting to be seen to be doing the right thing- and this is the same with the general public, for example the money donated at events such as Comic Relief is still increasing every year, no matter what the state of the economy in general. What happens is it is affected by the general sentiment out there, but it doesn’t move as quickly- for instance if people are saying “The economy’s improving so let’s build 100 houses, so we need new bricks” you don’t get that same effect in the charity world, if a charity is wanting to raise more money it’ll try and do that but it doesn’t get a supply and demand situation as acutely as the private sector. The impact is there, but it’s a softer impact- it’s more to do with the general sentiment.

8. What are your plans for Harris Hill going forward?

We want to build on what we’ve got, we think we’re the number one and we want to develop and be providing our clients and candidates with as much as we can to help them and our quality of service, value for money and being fast on our feet are all absolutely crucial, and that’s what we aim to deliver.