Are you neglecting half of your social followers? | MCM

Are you neglecting half of your social followers? 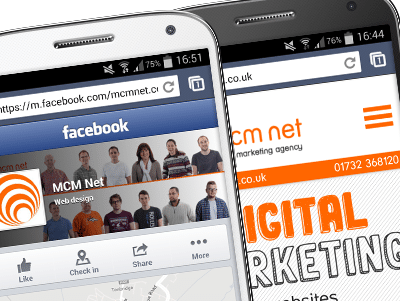 By 2014, most businesses have now formulated some form of social media strategy. However, in most cases this is almost exclusively to appeal to desktop users.

On average, UK social media users spend an hour and 36 minutes on social media per day, with 30m users accessing social media on a mobile device. Facebook is overwhelmingly the most used social network, with 49% of users having used their account within the past month. Facebook is the best starting point when creating a mobile social plan too, however it’s not as dominant a force on mobile as it is on desktop- social media use on mobile is far more varied.

Instagram’s active user base increased by 23% in 2013, compared to just 2% for Twitter and -3% on Facebook. However, Facebook have no need to worry as they own Instagram, so as long as users continue to make use of one or other of their services they are still winning. Depending on your business’ target market, you may need to rethink your social media strategy. Less ‘mainstream’ networks such as Instagram and Pinterest are great if you are marketing visually appealing products. Whilst on the move, people want to see something stimulating that won’t take much effort to read, so image based social networks are becoming increasingly popular. Posting photos of your products on these social networks encourages liking and sharing which can vastly increase the potential audience of your images, and therefore product.

This attitude towards mobile also extends to competitions and games- a vast majority of apps installed on Facebook pages for these purposes are only able to be viewed on desktop. With 48% of Facebook’s daily users now being mobile only, you are effectively halving your potential audience if you don’t use mobile friendly methods.

So, when planning your social strategy in future it is imperative that you don’t just have desktop users in mind- think mobile, in 10 years from now it might be all there is!