Facebook’s Snapchat-Clone & The Importance Of UEX 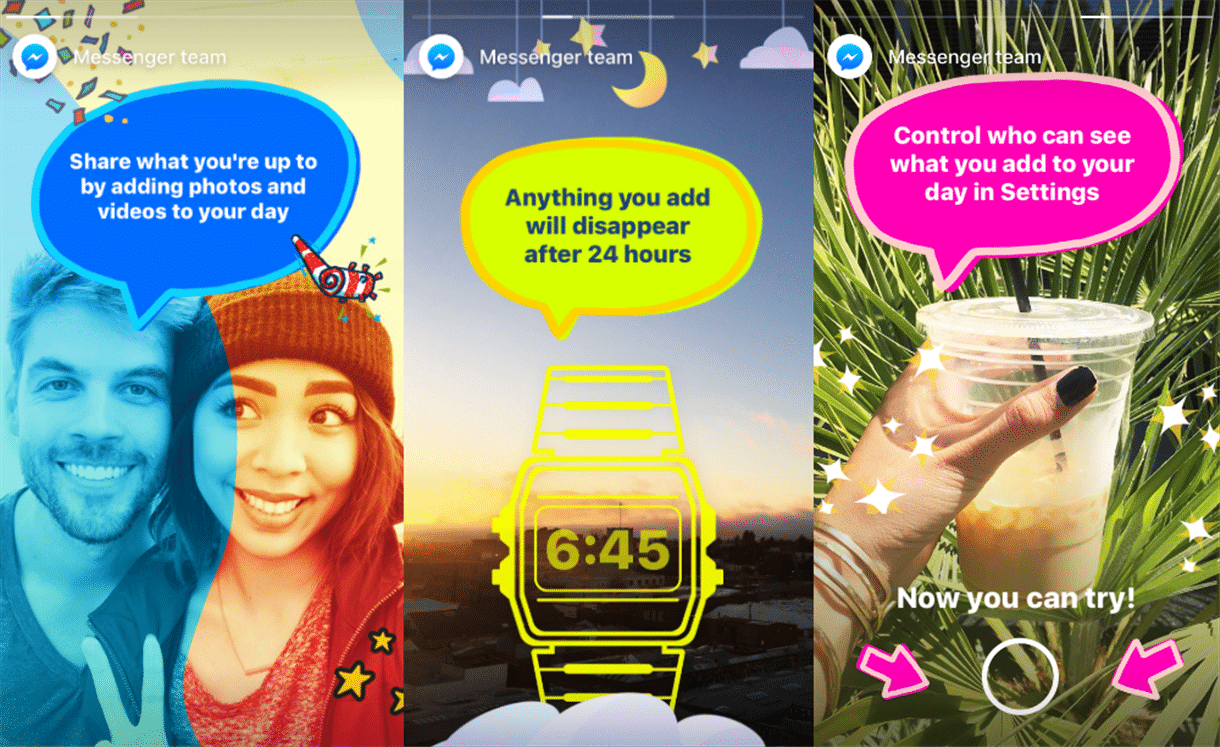 Historically, social platforms have been defined by their differences; Facebook offered a place to connect with family and friends through a mixture of text and visual media; Twitter allowed users to broadcast to the world in 140 characters; and Instagram quickly became everyone’s favourite place to share heavily-filtered images of their breakfast.

These parameters were very clear – we knew what type of content to share on each platform and who we’d be sharing it with, from small social circles to the general public. But when Snapchat launched in 2011, the boundaries began to blur…

Borrowing from the ‘best bits’ of its predecessors, Snapchat created a platform that offered an intimate community where users could share fleeting (and impermanent) visual content. This emphasis on brevity lowered the stakes somewhat; users were less concerned with creating carefully curated feeds, instead sharing candid snapshots of their daily lives.

But Snapchat copies aren’t always so successful. In February of this year, WhatsApp launched a fleeting reinvention of their status updates in the same format as Snapchat. Many pushed back against this new feature and the text-only status updates have since been reinstated.

Which brings us to Facebook, which has recently rolled out a new Snapchat clone called ‘Messenger Day.’ It functions in almost exactly the same way as Instagram Stories, even down to the interface design.

It’s hard to say whether this new feature will be successful. Our quick Twitter poll on the subject seemed pretty inconclusive, but it’s worth considering a few things…

In contrast to the ‘definition by difference’ approach to social platforms, we’re now seeing the industry leaders offering copycat features. This means that rather than participating in all social platforms and using each in a different way (ie. sharing Instagram photos, personal Facebook updates, and Snapchat Stories), users are now being forced to choose between them. As such, we’re losing sight of each platform’s USPs – and Facebook might be most at risk.

For starters, the feature is only available on the Messenger app, not in the Facebook app itself. If the feature does take off, what does this mean for the standard Facebook newsfeed? And how do users distinguish between content they post on their timelines vs. Messenger Day? These lingering questions could impact on the overall user experience, as the modes of interaction become less clearly defined.

While Instagram seemed to understand that ‘Stories’ would ultimately enhance the user experience, offering more valuable content as an extension of what was already available, WhatsApp grossly misjudged its audience; users had no need for broadcasting feature on a direct messaging platform.

In an article on Recode, Facebook is also criticised for “sacrificing the user experience for a strategic objective.” In other words, ‘Messenger Day’ isn’t what users want, it’s a reflection of what Facebook wants – to shake up the competition. And as it stands, it’s hard to see why users would engage with Messenger Day when Snapchat and Instagram Stories are so well-established.

It seems the general consensus is that we’d like to see social platforms developing innovative new features, rather than more of the same again and again. What’s more, we’d like these features to care less about the competition and more about creating a streamlined user experience aligned directly with each platform’s USPs.