The Importance of Social Media for Businesses - MCM

The Importance of Social Media for Businesses 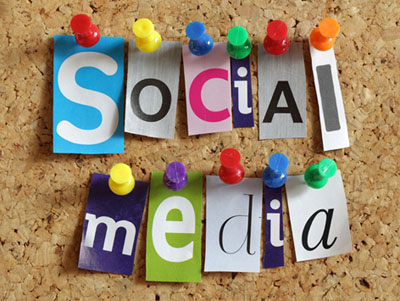 Social media- everybody’s heard of it, but not all businesses know how to use it effectively. In the wrong hands, a Twitter or Facebook login can be lethal.

As recently as a few years ago, most contact with customers was a one way street- traditional marketing methods such as print and TV were the best way of spreading your business’ message to potential, and current, customers and the most common way a business would hear from their customers was through the complaints department. However, with the rise of social media it has gone from brands ‘shouting’ their message loudly at the customer, to the customer having the power to ‘shout’ back at the business just as loud. Twitter and Facebook interaction is just as vital as any conversation you would have in store or on the telephone- in fact, even more so as anyone can see them.

In the early days of businesses having these accounts, it was somewhat of a novelty if as a customer you tweeted to or about a company and they actually replied to you- today however, this is expected and response times are vital. Simply ignoring a customer’s complaint or enquiry won’t make it go away- it is there for everyone who searches your company’s name to see, along with the added risk of the ignored customer becoming more irate and telling their followers about your lack of customer service skills. Another important factor is timing- two weeks ago British Gas made what ordinarily would’ve been a wise move, conducting a Q&A on Twitter with their Customer Services Director. However, the fatal mistake they made was carrying this out the day they announced a significant price hike- the reaction they got from users using the #AskBG hashtag was probably not what they were expecting:

“Will you pass on the cost savings from firing your social media team to customers?” #askBG

These instances of ‘hashtag hijacking’ are becoming increasingly common, with businesses trying to conduct well-meaning conversations with their customers but it being used to voice complaints instead. This can be damaging for businesses: when a customer clicks on a hashtag to see what it’s all about, they are by default shown the most popular tweets, so if someone has complained and it has been retweeted or favourited several times then this will be seen- the most important thing the business can do is respond quickly and be seen to making an effort to resolve that customer’s problem.

Big businesses have varying approaches to how they use their social media accounts; brands such as Virgin Media and most mobile phone networks are constantly monitoring their social channels, replying to customers as well as listening and actively seeking customers who are talking about them but not necessarily to them and trying to engage them in conversation. Other brands such as Red Bull play it slightly differently- for many years Red Bull have aligned themselves with sports, music and one of a kind events (such as their sponsorship of Felix Baumgartner’s stratosphere jump), and the move to social media has been another great way for them to ingratiate themselves with the general population without in your face advertising. Their social media pages aren’t full of responses to customers, and their posts are non-promotional and very rarely product related. Red Bull post extraordinary feats, images of sports events and music by artists they work closely with, the promotional posts they do create are not ‘buy our products, we are great’ but motivational quotes (which are the kinds of posts that are always shared by a lot of people, no matter what account they’re posted on) along with their famous tagline in hashtag form, ensuring their message gets spread.

Luck has nothing to do with it. #givesyouwings

No matter whether your business is big or small your customer base will appreciate, and expect, you to be active and happy to help them via social media. By generating interesting content and having interaction with your customers, no matter how irrelevant those conversations may seem, relationships are made on social media that cost nothing to create but that could end up paying dividends.

If you have any further questions, then please feel free to ask me on Twitter @mcmnetrichard or leave a comment, call or email us.