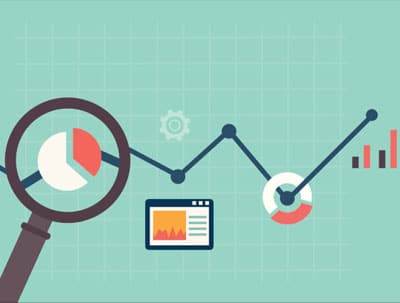 This week I was charged with finding out a way to improve an AdWords account that was already in pretty good shape.

AdWords as we know is vast and complex beast, with more metrics and features than you can shake a stick at, and finding the information you want can be really awkward. Information can be framed in so many ways, so that when you measure something against a metric, it can look good, but measure the same thing against another metric it can look poor. For example, if a keyword isn’t converting the conversion metric looks poor, but it could be that those users that are coming in on that keyword are spending a reasonable amount of time on site, so against time on site it looks positive.

Generally speaking in AdWords we’ll use the conversion that we have set as the metric by which we judge our accounts, so if this is our goal we’ll need a great understanding of the users clicking on the ads in order to tune our account and make it as efficient and run as cheaply as possible.

I’ve seen that generally speaking people rely on AdWords to make their decisions, assuming that AdWords is providing them with a 360 degree view of the users clicking on their ads, but this isn’t strictly true. Actually, in my opinion AdWords only provides a partial view so when looking at an account it’s hard to know what exactly to change when the account is seemingly optimised.

Going back to the account, which on the surface looked well optimised I had to find ways to improve it, and as AdWords wasn’t telling me enough I turned to analytics. To save time on this I have created a segmented PPC traffic view in analytics. To this I did the following:

Of course you want to make sure your AdWords is actually linked first. Hopefully now, that by using this view it should just mean you don’t need to worry about which medium you are in and are free to play around with the data.

This is when things get interesting; all of a sudden those clicks you have been getting make more sense. Not just that, but you can set up custom reports to gather certain types of data. In our case, we decided it would be really interesting to see what time of day most of the quote submissions were coming in, so we created a custom report using the ‘hour of day’ metric. After a month we could see that most enquiries came in between 10am and 1pm.

So what did we do with that information?

We went back into AdWords and decided we ought to create an ad schedule with a bid adjustment. The problem is that Google AdWords won’t actually let me using 1 schedule to do this and select the hours, so I had to create a standalone schedule for peak times and apply a bid adjustment on that instead.

This wasn’t the only challenge we had to deal with, as described the account seemed to be in quite good order so my plan was to cut out some keywords. The problem is that the account has 10s of thousands of keywords and I wanted a really quick way to prioritise keywords. For a long time I’ve wanted to be able to select multiple metrics really quickly in AdWords but realised it would be easier to do in Analytics because what I wanted to see I couldn’t see in AdWords.

I started by looking at the paid keyword view in Analytics and reordered the keywords in order of visitor duration and focused on a large group of keywords that showed their visits average around 1-15 seconds on keywords. I’m really only interested in keywords that are showing some kind of engagement but just to be sure I cross checked these keywords by searching them in AdWords and checking if they had any conversions. 90% of the time these keywords showed no conversions although some did.

Using filters and custom reporting on analytics allowed us to really understand how  keywords were performing AdWords and thus make more informed decisions on how to take the account to the next level.