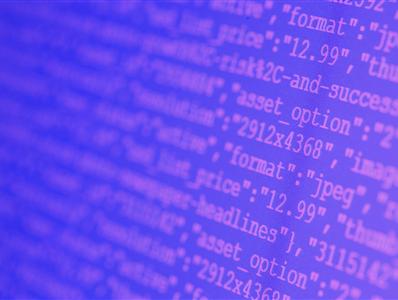 I’m sure there are hundreds of people familiar with implementing scripts for AdWords- for automating tasks, triggering reports and so on. I’m not an expert in writing the scripts (I lean on the developers for that) but I did have an idea that I think is well worth sharing. I’m not going to argue that it works or that even in theory it should work because there are actually many factors that affect this- such as time frames, actual budgets, and inexplicable peaks in click activity.

So it occurred to me that even though you have a daily budget that you intend to get mostly absorbed with efficient and well qualified clicks, you might also find that your budget isn’t quite right. A useful feature I’d like to see in AdWords is some kind of dynamic budget adjustment that, despite being able to set your budget daily, most clients view as a monthly budget. So I tend to view it in a monthly way, but of course my budgeting is still carried out on a daily basis.

That aside, the idea is pretty simple. Let’s say you have 10 campaigns with a total budget of £1000 per day, you might want to ask yourself how you’ll split this out. You can make some assumptions based on what you think will be a busier campaign- you can run it and find out or you could use Google’s very own traffic estimates. Either way there is still the unknown of what will actually happen. You have your campaigns set up with the intention of using all the budget, but the problem is one campaign used it and was limited, and another used only half of what it could have in, say, a week period. This is annoying because what it really means is that you’ve missed out on click opportunities on your budget limited campaign and wasted allocated funds into a budget that isn’t using it. Ok, so, that’s simple enough- we can just rebalance the budget, it doesn’t take long? You’re right, it doesn’t, but if you’re in charge of numerous accounts then you’re not balancing a budget between 2 campaigns and 20 ad groups; you’re balancing budgets across say 15 clients, with 20 campaigns with 10 ad groups each. That’s bit of a headache, especially when peaks and seasons come into play.

The question I asked myself was “how can I automate this process and still remain within budget?” I discovered the flexible budget script in AdWords but it wasn’t quite right, as this worked on a cumulative principle over a given period. I needed something more adaptable and reactive that actually interacts with other budgets in a campaign. We’ve all seen it before, one day a budget gets spent and another doesn’t, but the following day it’s the other way round. My thinking was ‘wouldn’t it be great if at the point a budget is reached it could dynamically borrow ‘a few quid’ from another campaign within the same account that still has a lot of space left.

So, for now we will write and implement this script to see if it actually works, I just hope there is something in the system that will allow us to dynamically adjust budgets across the whole account!

We’ll be back for an update in due course!